NHS from A to Z

After three years of running this project, and post seventy years of the NHS, we’re taking the opportunity to reflect on some of the historical pieces we’ve written on this website. We have not provided a comprehensive vision of the NHS – this massive, meaningful, complex, critical service. However, we do hope that we’ve provided slightly more insight into the everyday and emotional cultures of the NHS, into its role in cultural belief and value, and into what it means, and has meant, for people over time. Our ability to write these histories has been informed, enhanced, and productively challenged constantly through our public events and the wonderful memories and comments shared on this website. These memories, and our historical writings, show the place of the NHS as both mundane and profound, both assumed and obvious in everyday life, yet also deeply vested with meaning, critique, and political power.

So this A to Z of the NHS is a summary of some of our key research findings, and a big thank you to all those who have raised new questions for our work, shared their memories, and sent us off on new historical trajectories! 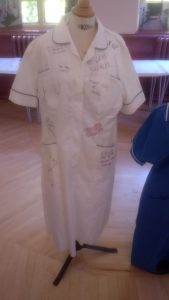 .A is for ACTIVISM
Which shows how much the NHS means to publics, and when we will move from feelings to action to defend it.

.B is for BIRTH CONTROL
Which signifies how the NHS has distributed medicine and, in doing so, been a force in the empowerment, and the continuing social management, of women over time.

.C is for CELEBRITY POLITICIAN PATIENTS
The use of the Service by politicians has revealed the ways in which the NHS is universal, providing for all, but also a deeply contested and powerful symbol in party politics and media.

.D is for DESIGNING THE NHS
The NHS brand was only created in the 1990s, yet, today, is a prominent and emotional symbol.

.E is for ELECTORAL MANIFESTOS
Public feeling around the NHS has increasingly shaped party politics.

.F is for FUNDRAISING
The popularity of this Service, its persistent local and regional nature, and the strains it faces, have been reflected in fundraising efforts.

.G is for GLASSES
Which show the material cultures of the NHS, providing small but important contributions to everyday health from childhood. 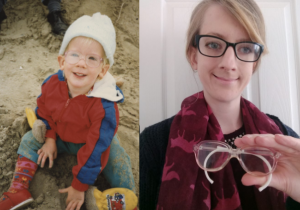 .H is for HEALTH FOR THE PEOPLE
Which symbolises a rich tradition of the NHS as represented in culture and film.

.I is for INHALING CIGARETTES
Demonstrative of the terse relationships between public health and the NHS, and the challenges of pushing behavioural change even within a universal service.

.J is for JOKES
Humour and comedy around the health service reveals its everyday meanings, and showcases subversive critique.

.K is for KEYWORDS
An examination of the NHS as portrayed in literature.

.L is for LARKIN
Whose poetry situated hospital buildings as part of a bleak, mundane, but familiar post-war landscape.

.M is for MENTAL HEALTH
A ‘Cinderella Service’ nonetheless transformed over the twentieth century within the NHS.

.N is for NATIONAL BABIES
A critical novel suggesting that the NHS lacked care, compassion, and individual treatment during childbirth, because of its size and power.

.O is for ORGAN DONATION
An emotive issue but one, nonetheless, again negotiated and understood within the NHS and through popular culture.

.P is for PETITIONS
Indicative of public feelings for the Service, which have developed alongside more diffuse forms of political participation, pushing for the NHS to be reformed and changed, as well as maintained.

.Q is for QUIRKY
A term which comes to mind when browsing our Virtual Museum of the NHS, and it’s range of artefacts and visions!

.R is for REPRESENTATION
While the NHS was founded as a service ‘for all’, what did this mean in practice?
Whose voices were represented in its politics and practice, and whose were not?

.S is for SCOTLAND
Examining Scotland’s relationship with the NHS reveals the national divides which exist beneath the surface of this gigantic organisation.

.U is for UNIONS
A history of the British Medical Association from the contentious foundation of the NHS to present.

.V is for VACCINATION
A technology which developed rapidly alongside, and within, the Service, and through which the landscape of disease and health has been radically reformed. Many childhood memories on our website discuss long-term stays in tuberculosis wards of the 1950s; a phenomenon drastically reduced by vaccinations.

.W is for WIGS!
Looking at wigs shows the role of the NHS in shaping visions of health, and of wellbeing, as well as disease. Wigs are symbolic of the transformative nature of the new Service, in every home.

.X is for X-RAYS
One of the scientific innovations which was, again, provided by the NHS and yet negotiated in public health films, jokes, and visual culture.

.Y is for YOUTH
and premature birth in the NHS, symbolic of the institution’s care from ‘cradle’ onwards, and the significant leaps in medical technologies over its history.

.Zzzzzz is for SLEEP
A motif in street art of the NHS, where the Service is pictured as a baby, suggestive of a caring relationship with the public, embued by responsibility and a burden of care. 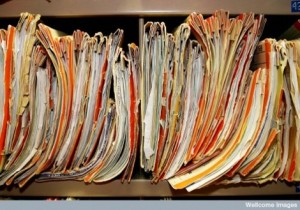