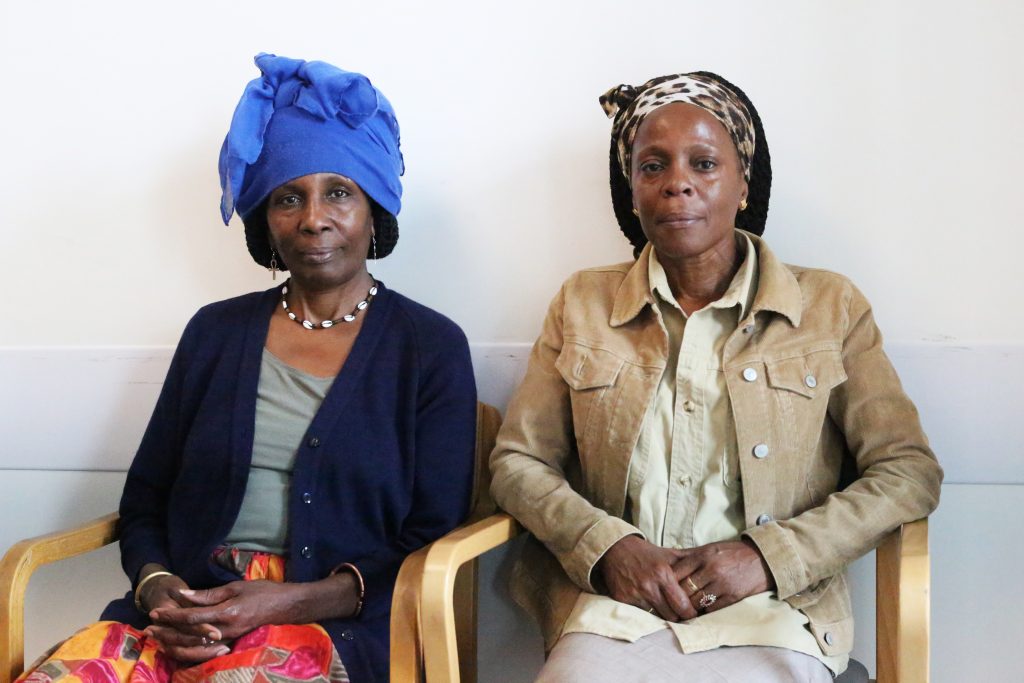 What do you see, in your mind’s eye, when you hear the word ‘doctor’? And ‘nurse’? Until very recently indeed, the most common answer to these questions would have been ‘An older white man’ and ‘a white woman’. Even today, research suggests that we commonly expect the members of many high status professions — including doctors, surgeons, and scientists, as well as university professors — to be both male and white. In professions like nursing and teaching, which are socially valued and associated with virtues like care and compassion (but often not well paid), Europeans and North Americans still often picture and represent white faces, though this time those faces are female.

If you look at our galleries here on the People’s History of the NHS, you will start to see why these impressions and stereotypes have lingered. Until very recently, despite the efforts of innovative shows like Emergency Ward 10 (which included a Black nurse by 1959, and a Black female surgeon — AND an interracial kiss — as early as 1964), mainstream sources of information have often whitewashed our images of the NHS. Until the 1980s and 1990s, representations of NHS staff (and even patients) produced by NHS and government institutions for public consumption most often showed individuals of European heritage. Whether explaining mass miniature radiography, depicting nurse training, or illustrating ultrasound scanning), the ‘humans of the NHS’ were portrayed unthinkingly as White.

Coverage in British newspapers was no different; a survey of major papers from across the political spectrum (the Times, The Guardian/Observer, and the Daily Mail) showed that photographs of nurses and images of nursing almost always featured only White women, even though BAME nurses were at the heart of NHS hospital care from the 1950s onwards. Only in articles that specifically discussed ‘race relations’ or ‘immigration’ were BAME nurses and doctors routinely visible. This is not because photos of Black, Asian and Mixed heritage nurses were not readily available. These lovely photos (from 1958 and 1967) kindly shared with the People’s History of the NHS by the Friends of Savernake Hospital, celebrate the diversity of their NHS workforce as well as the Christmas holidays. And by the 1970s and 1980s, photos of union meetings too routinely portray an NHS workforce made up of workers from all nations and ethnic backgrounds.

And still today, if you walk down the hallways and through the boardrooms of British hospitals, medical schools, universities, and professional associations, you will be strolling beneath the gaze of a seemingly endless series of old white men in impressive suits and formal postures. The ‘great and the good’ loom large –often literally – in these settings, and prominently if silently tell a story about the institution’s identity and history. Here at Warwick, for example, a quick look at institutional portraits in the wonderful University art collection reveals a sea of white Vice Chancellors, honorees and benefactors. They look down at us, and sometimes even each other. The only portrait that includes a Black man figures him in the background, literally in the shadow of the portrait’s subject, Lord Scarman (author of the Scarman Report on the 1981 Brixton uprising). They represent a matter of fact about the University: like most, if not all British universities, its appointed leaders have thus far come primarily from one demographic group. Only one portrait, that of Sir Shridath Ramphal, a former Commonwealth Secretary General who held the ceremonial role of Chancellor at Warwick from 1989-2002, challenges this monochromatic vision.

But when an institution’s visual history –its own celebrations of its past — only includes one kind of face, what does it say to those who are not shown? Are their contributions, perhaps, not seen? And what does it say in particular about an institution like the NHS that so obviously includes and absolutely relies on people from every background? The staff of the NHS, like its patients, have never been monolithically White. In fact, both in the past and today, the NHS has long been one of Britain’s most diverse organisations. The portraits in the Here to Stay exhibition coming to Warwick’s brand-new Oculus building from June 15th 2019 – large, formal, and beautifully composed by the artist – begin to bridge this gap between NHS image and NHS realities. They also hang permanently at Sandwell Hospital, and remind us that here in the Midlands, as well as across the NHS, leadership, compassion and inspiration come from BAME NHS staff at every level. This is the National Health Service’s rich Windrush heritage. In a linked exhibition at the Modern Records Centre, we have also curated a display of documents showing the heritage that Windrush and Britain’s BAME communities have built for all of us, at home, at work, and in the arts.

Read more: If you want to know more about the visual stereotypes that shape our expectations about doctors, nurses and other professional groups, here are a few places to start:

And for an antidote to monochromatic visions of medical professionals, see:

3 thoughts on “Portraits and Power”